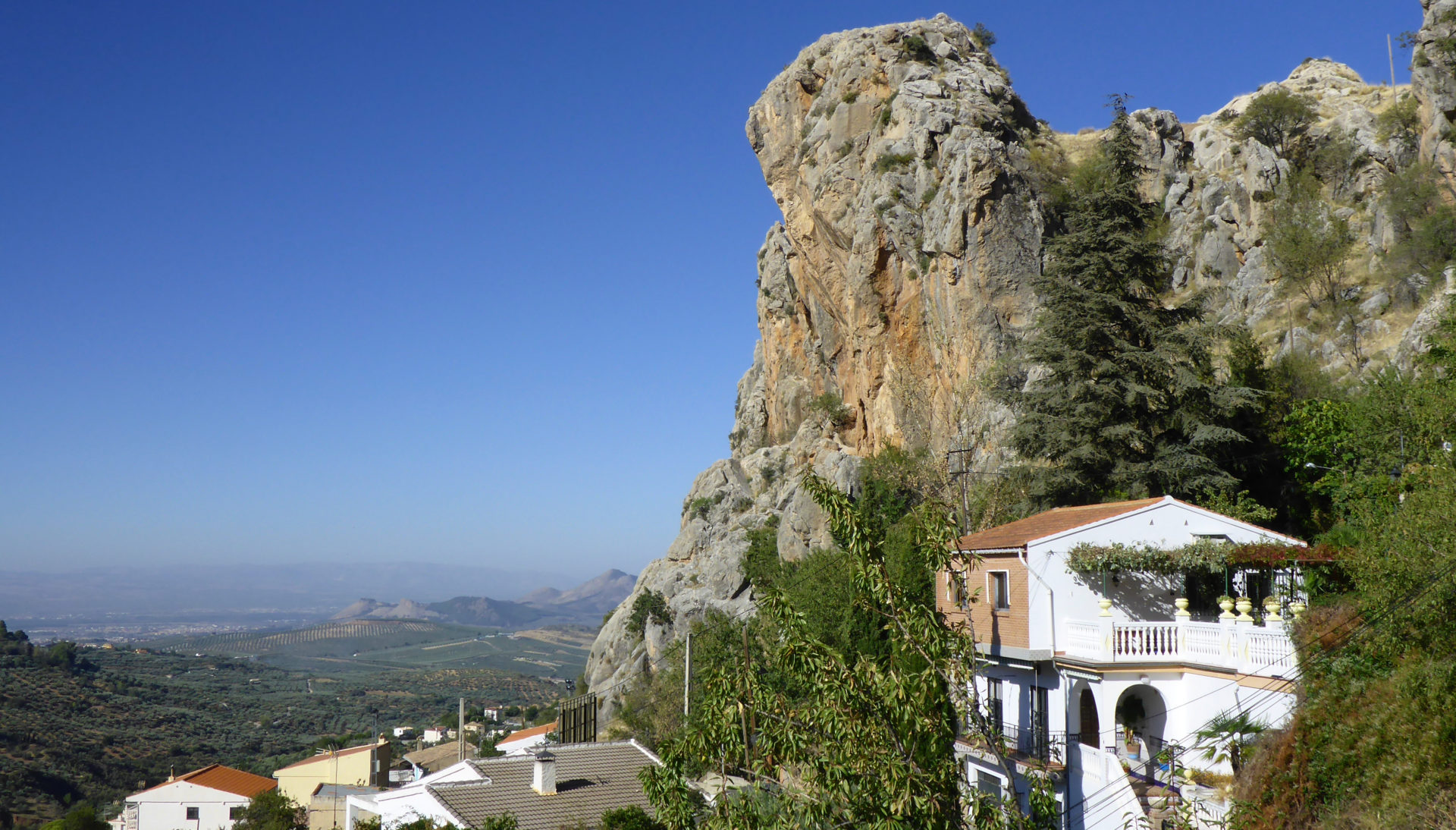 The adress (Calle Solana de la Mora 52, 18211 Cogollos Vega) is in Google Maps, but unfortunately not in any navigation system or other map application. And also Google is sending you not the best way up here! So follow the instructions further down, for arriving by car.

There are two close options how to reach Granada by plane, besides the possibility to fly into the big airports of Madrid or Barcelona and then travel by train, bus or national flight to Granada.

One is of course flying to Granada-Jaen airport (GRX). From there it is about 25 minutes by car to get to the hostel in Cogollos Vega. You can also go by bus, first to Granada and then to Cogollos, see more information below.

But for international flights, very often the Malaga airport (AGP) is the better option due to better connections and cheaper flights. From Malaga airport it is about 1,5 hours drive to Cogollos. Also there are busses going directly from the airport to Granada, check for example ALSA, and busses going from the Malaga bus station which you can reach with the train (Renfe) or airport bus also. Just google for the options, since there are too many we will only describe the transportation from Granada airport below.

Get to the hostel by car

Below you can find the best road how to get up to the house. Use exactly this way, don`t let your Maps or Navigation tell you something different, these are tiny and steep roads!! Believe us, you don`t want to go up there with a car…

When you approach the village of Cogollos Vega, take a sharp right turn on the very first street after the 180 degree corner of the main road. The sidewalk on the left side must be used to take the right turn fully! Then go up just following the road. Wherever there are two options, always follow the right one, never take a left turn.

Since we do not have public parking spaces around the house, please only come up here to unload your baggage and after park the car down in the village. There are plenty of parking spots on the main road and the walk up is just 3 minutes. See the picture below, the parking is around where the bus station is.

Get to the hostel by bus

The bus stop in Cogollos Vega is “Peñon de la Mata 1“, it`s the first stop in Cogollos, and this is the fastest path to walk up from there, you can see stairs going up directly in front of you, when you exit the bus. 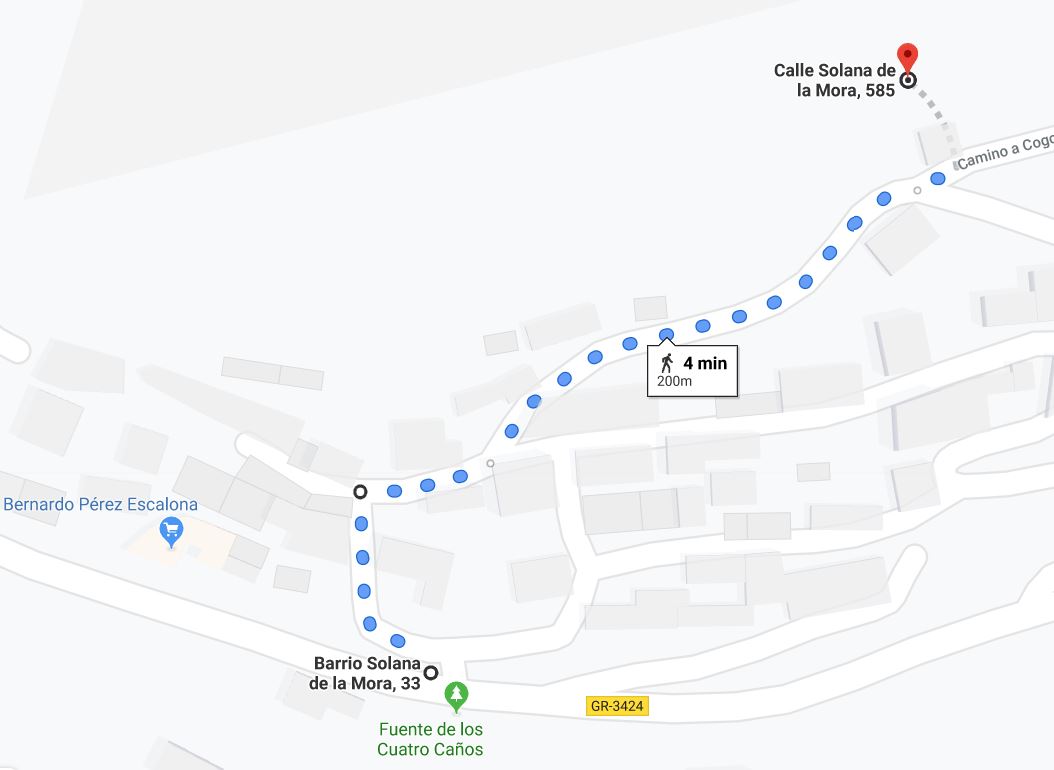 There`s a bus going from Granada airport, with a few stops in the city -> see ALSA airport bus . If you want to go to Cogollos Vega afterwards with the bus line 0305 (see above), the best station to exit the airport bus in Granada is “Triunfo (Cóndor Hotel)“, because it`s close to the bus station “Professor Emilio Orozco” of line 0305 to Cogollos. 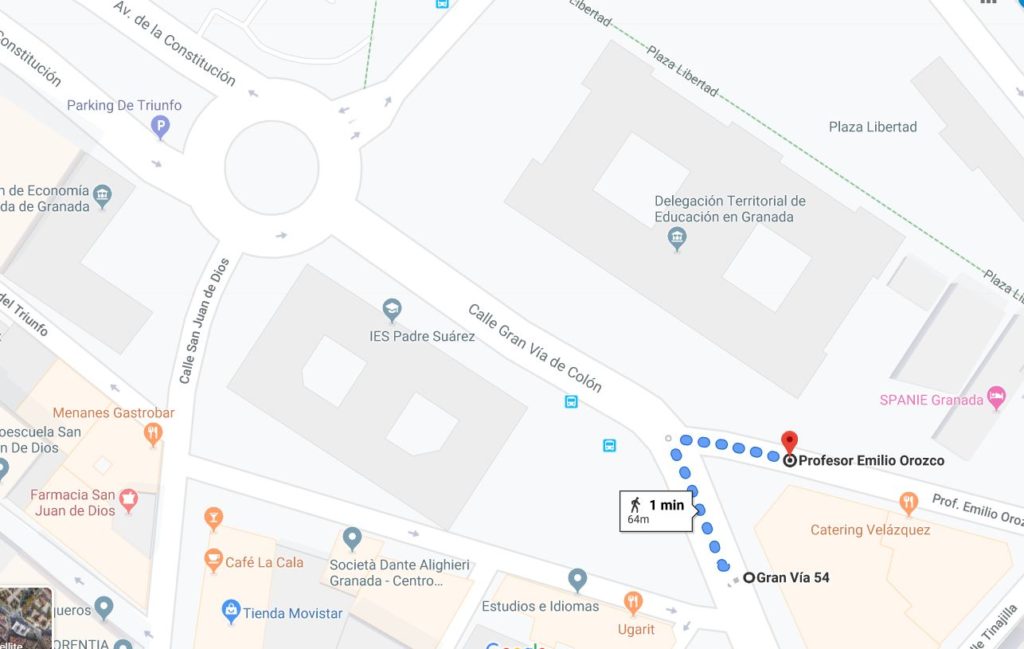 All rights reserved. The information and media on this website may not be reproduced in any material form or transmitted to any persons without permission from Solana de Granada.

Individuals and organisations wishing to make Solana de Granada content accessible through their web sites are encouraged to create hypertext links to the required content on this web site.